Start Your Free TrialRequest A Demo

Are you set to make the most of the 4th Industrial Revolution?

We are in the midst of the Fourth Industrial Revolution, otherwise known as “Industry 4.0” and with the events of 2020 we are seeing a manufacturing environment that we never seen before.

What does this mean for you? There is a huge opportunity for local manufacturers to pick up this demand that the international manufacturers cannot fulfill. We have seen this across all industries from fabricated materials, home products, and for more obvious reasons the health and wellness space.

Read more about how the Australian & New Zealand Government are backing local manufacturing, and how Fishbowl can help you to make the most of this opportunity.

The COVID-19 pandemic of 2020 has seen international border restrictions, reduced capacity in international manufacturing hot spots, restricted shipping availability, and increased demand for certain industries. All of this has created an explosion of demand for domestically produced goods.

Through the termoil of 2020, Australsian manufacturers have risen to the occasion, most of them working through the lock downs to produce the in demand goods. The Australian and New Zealand governments have recognised these efforts and the importance of local manufacturing, and as a result are launching Government backed funding to boost the manufacturing sector.

There is an opportunity available to us all right now to revive Australia’s manufacturing industry. The changing supply chain and government assistance means that this is a real opportunity. This is your opportunity to get a foot hold in the industry, it is not a time to planning it is a time for action to make sure you do not get left behind.

The Australian Govt is committing to supporting manufacturing companies with the announcement of their Modern Manufacturing Strategy, and Fishbowl provides the foundation for companies to stabilize and truly grow from. The federal government is injecting $1.5 billion over the next four years, as part of the plan to rebuild the economy, create jobs and recover from the COVID-19 disruption and to create more Australian made products. This funding is going to be spent across a number of industries with a priority on:

Read more about this Government investment here on Manufacturers’ Monthly

The same can be said in New Zealand where the New Zealand government has identified the need to grow productive industries, promote innovative industries, and assist some sectors that are needing to transition to adjust to the new environment that we have today.

THIS IS A ONCE IN A CENTURY OPPORTUNITY

The First Industrial Revolution was born out of the necessity to have faster and more efficient production methods. This was the transition from “Hand Made” to “Machine Made” utilising steam and coal powered machinery. The textile industry was the first industry to absolutely benefit from this revolution and utilise the modern manufacturing methods. As a result, there was a substantial increase in employment opportunities, and this had a positive effect on almost all aspects of everyday life.

Then between 1870 – 1914 the roll out of power grids, railroads, and telegraph networks spurred on the Second Industrial revolution. Electricity could now be transferred around the country which allowed for factories to produce goods even faster and introduce the production line that is still used Worldwide today. As well as moving electricity, the internal combustion engine, the telegraph, and rail networks all allowed for people, information, and ideas to be transferred faster. The world was speeding up, and true globalisation had begun.

100 years later after 2 world wars, production methods were about to change for good and the world was about to take a quantum leap with the introduction of the computer. We all know what effect the computer has had on our everyday life, the same can be said with the effects it has brought to the manufacturing industry, with the ability to process data far more accurately and efficiently. This gave rise to robotics. This is commonly known as the Third Industrial Revolution.

In more recent times, Artificial Intelligence and the Internet of Things (IOT) is allowing a further revolution of production methods, and we are in the midst of the Fourth Industrial Revolution, otherwise known as “Industry 4.0”. This is coinciding with the events of 2020, to create a manufacturing situation that we never seen before. 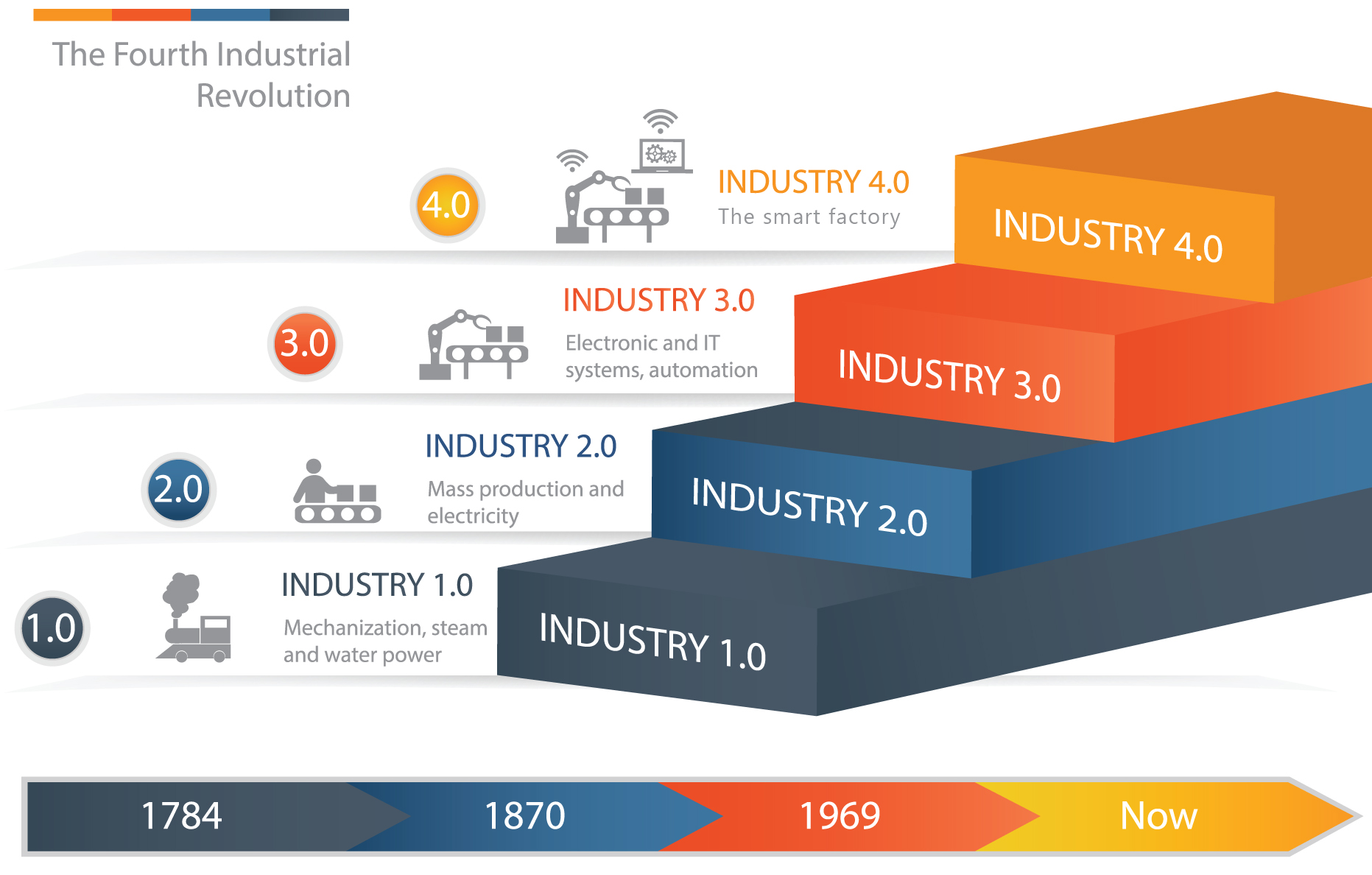 WHAT ARE WE SEEING?

“I have been implementing software for over 20 years now, and one of the favourite parts of the process is seeing the incredible ‘Before and After’ comparisons as a result of implementing innovative and automated solutions.”

“Right now I am working with a long term customer that already has fantastic manufacturing processes in place, but they have travelled to the other side of the world to see if there is a better way. They are currently rolling out a transformation of their production methods to introduce a full production line solution. With this new production style, and the assistance of the technology that Fishbowl provides, they are going to significantly reduce the time it takes for a complete build which reduces their costs, increases accuracy, and of course has a significant improvement to their profit margin made on each build.”

What do other Fishbowl clients say?

“Why did we buy Fishbowl? We wanted a Manufacturing system that was able to grow and adapt with our business and set us apart in our industry.

Fishbowl is a key inventory system that has developed into so much more for us. It helps in all Manufacturing processes and has FANTASTIC reporting.”

“We have used Fishbowl for just 18-months now. As a result, it has enabled us to expand our business and open two new warehouses in two different Australian States.”

“We absolutely could not have grown so quickly without using Fishbowl in our business.”

What if you don’t Manufacturer?

Well, just as the Manufacturers can introduce smart solutions to become “Smart Factories”, you can implement smart software and automation to produce your own “Smart Warehouse” environment.

These are smart advancements in technology that you can implement in your business for greater efficiency and to create a platform for real growth and success.

“But the pandemic is winding down and things will go back to normal”  … think again.

Throughout 2020, we have all changed our day-to-day habits. We haven’t been able to dine out or travel, we have changed our focus and are spending more on our environment and local socialising. Could this be the rebirth of the “Dinner Party” even after restrictions are lifted?

Just as we have changed our lifestyle behaviour, our buying behaviour has changed as well. Local manufacturers and distributors are making and delivering more due to the demand from domestic customers. If you look after these customers during the times of restriction, there may be no need for these customers to look offshore when international trade resumes.

Are you set to make the most of the Domestic Manufacturing Boom?

Learn more about how Fishbowl can help you to create your own “Smart Factory” and “Smart Warehouse”? If so, click here to book a demo so we can talk through your business requirements in a personalised one on one session with one of our Solutions Specialists.

Contact one of our amazing Client Solutions Specialists to have a chat about your frustrations, and let us show you how Fishbowl can help your business to grow.

Fishbowl has been successfully developing and implementing inventory management software for 20 years!